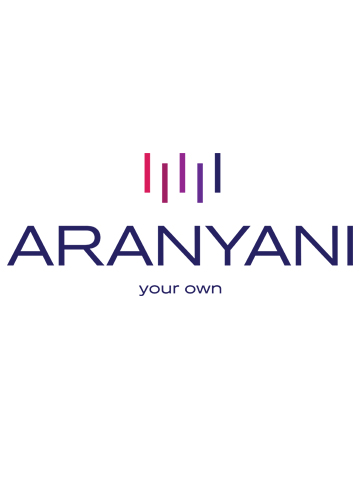 The brand is part of the PT Sainath Group Indonesia, and it is owned by the Group’s company in India Said Lakshmi Industries Private Limited. The Group has been in business since 1978 and has served large US clients. But one of the family members had a dream to create a brand that empowers youth and communities in India to support their economic development through works of art.

ARANYANI, hand painted bags was founded by Haresh Mirpuri, after years of research and working with different communities in India and Nepal; the brand was born with the purpose to connect humankind to nature. The brand was introduced in US in February 2018 during NOLCHA Fashion Show. The brand has been received so well in US and in India. Today they have 2 stores in India and now available in Flying Solo in NYC.

The founder’s belief is to create high-quality sustainable product, a piece of art you get to make YOUR OWN.

When was your brand founded?

ARANYANI was founded in 2016, but the product was introduced to the market in 2017.

What is your inspiration for this season’s collection?

The Story draws inspiration from the land of kodavas, Coorg. To the western world, Coorg is often described as the Scotland of India. In this collection, I look at Coorg from princess Victoria Gowramma perspective and how she would have looked at this region of her ancestors. The princess born in 1841, far away from her ancestral roots, in Varanasi. She was the favorite daughter of the exile king of Coorg, Veerarajendra. He was exiled on account of a misunderstanding between him and the British India Company in 1834.

The Kodavas worshipped nature and their forefathers, ruled by the Haleri Rajas for several centuries (who are Shiva-worshipping Lingayat sect) and then by the British who tried to influence Christianity, the Kodavas remained true to their faith even though they became Anglicised in their lifestyle.

This collection looks at this region through the longing eyes of princess Victoria Gowramma, who was practically snatched from her roots at birth due to her father’s unfortunate circumstances. She was then encouraged to embrace the faith of Christianity as part of a failed strategy by the exiled king to fight for his rights, in England. She lost her connection with her land and died wishing to find her roots.

What materials are used in this season’s collection?

The paintings come from Iruppu Falls, Indian Python, Coffee, Abbey Falls, Bird of Paradise, Red Tile Bungalow, Golden Elephant and many more elements of the region will be represented on the paintings.

Where are your materials sourced and your garments manufactured?

Where are you based?

Where does your line currently retail?

What makes your collection unique?

Each collection tells a story through paintings, we use the different art forms to convey the story through music, dance and storytelling.

What statement is your brand trying to make?

To connect humankind with nature and to empower youth in India.  Each piece is unique, hand-painted for an individual that wants to express and make art YOUR OWN.