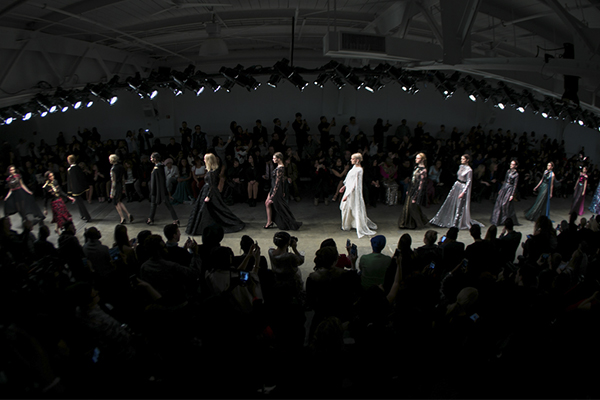 The Nolcha Shows during New York Fashion Week have announced the official calendar for September’s Spring/Summer 2017 events.   This season’s schedule will include 13 runway designers and 12 accessories brands.

Now in its eighth consecutive year, and held during New York Fashion week, the Nolcha Shows are one of the city’s leading platforms for global independent fashion designers.

“We’re proud to give our brands a platform to launch their collections in the U.S. market,” says CEO of Nolcha, Kerry Bannigan, “This season, we have independent designers coming from the UK, East Africa, the Caribbean, Guatemala, and China, in addition to several American brands including seven that are Made in NYC.”

The runway shows will take place at Artbeam Studios on September 12th, including the much anticipated “Ones To Watch” show at 11am which features a range of emerging brands such as: Jody Bell, MINAN WONG, Olivia B, NY School of Design, Alice Yim, and Just In Case. At 2pm, Chinese designer Lu Yang will present a solo show, featuring his arresting integration of functionality and geometric lines with a minimalistic approach. The 5pm show is the main runway, featuring returning designers Rohitava Banerjee and ACID NYC and newcomer Samantha Leibowitz. The closing show will be a collective of three Chinese brands: Cashmere Song, Syu Syu Han, and Nikistavia.

The Nolcha Fashion Media Lounge will take place at Bryant Park Hotel on September 14th from 12pm-4pm, featuring collections from 12 independent accessories brands ranging from scarves to jewelry and handbags to shoes. This season welcomes back Michelle Pajak-Reynolds, EL VOYAGE and Taylord Blu.  They will be joined by debuting brands Riley Versa, DELA EVA, Marshelly’s, James Carletons and Oysby.  The East Africa Trade and Investment Hub will showcase APRELLEDUANY, I am I, Mafi and Sammy Handmade.

Over the past eight years the Nolcha Shows have become established as a platform for discovery; promoting cutting edge innovative fashion designers. The Nolcha Shows have built an acclaimed reputation as a hot incubator of fashion design talent and are officially listed by the New York City Economic Development Corporation; offering a range of cost effective options to increase designers recognition and develop their businesses. The successful showcase consistently receives positive media coverage including features in ADWEEK, Glamour, Cosmopolitan, INC, US WEEKLY, Lucky, NBC, MTV and Forbes; and has been supported by brands including Citibank, Coca-Cola, Rusk, Otterbox, Vitamin Water, American Airlines, Don Q Rums and Landrover.